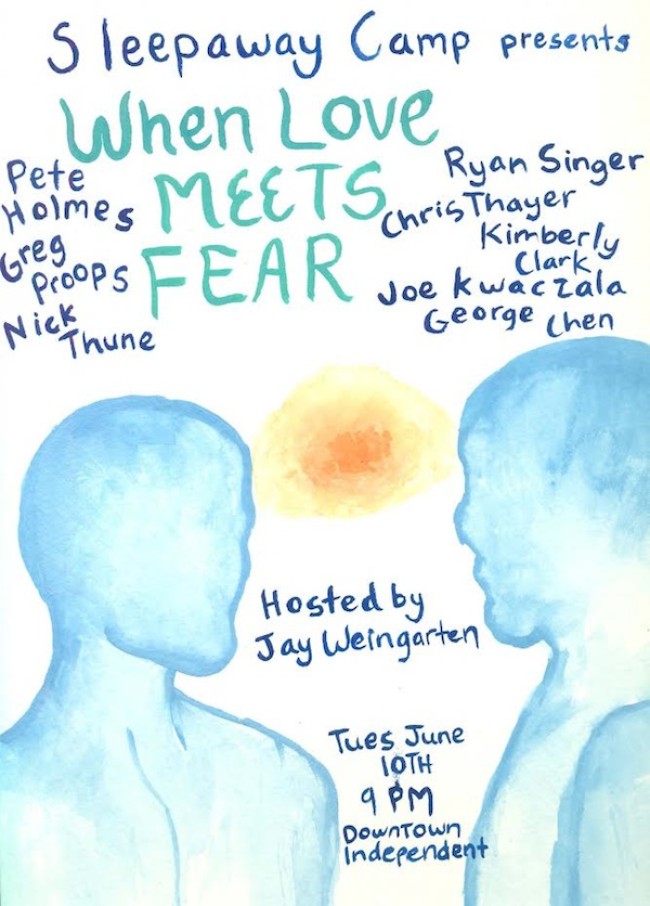 Happiness is something we all need in our lives. Sleepaway Camp brings us a little closer to such bliss this Tuesday, June 10. Camper Jay Weingarten leads When LOVE Meets FEAR and will be joined by these other love teachers:

You will never be afraid again. I see love, happiness and laughter in your Downtown Indie future!