Layers: Comedian DUSTIN CHAFIN Fondly Bids “Adieu” to A Comedy Staple with An “Ode to Dangerfield’s” 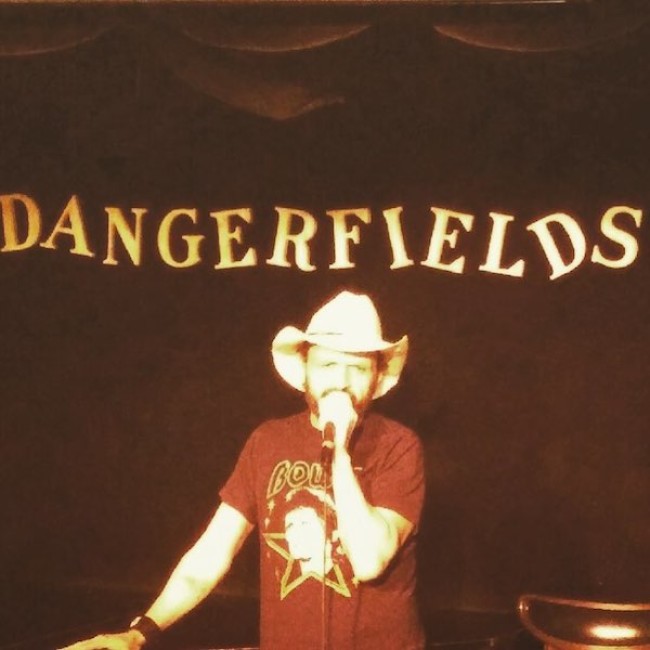 There would be no art and there would be no science if human beings had no desire to create. And if we had everything we ever need or wanted, we would have no reason for creating anything. So, at the root of all art and all science there exists a gap – a gap between what the world is like and what the human creator wishes and hopes for it to be like. Our unique way of bridging the gap in each of our lives seems to me to be the essence of the reason for human creativity.

Here’s hoping we don’t lose any more of that creativity nurtured in these cherished homes of comedy.

“Ode to Dangerfield’s” by Dustin Chafin

When it comes to loss we’re usually referring to a person. I lost my Dad last year. I’ve lost friends for a myriad of reasons. When I heard about the closing of Dangerfield’s Comedy Club in New York City it felt like losing a family member. It was surreal. I had heard the rumors of them not being able to make it during the pandemic but Dangerfield’s always seem to have this bizarre way of surviving with or without business. A club that was once the premier comedy night club in the country. A place that launched Sam Kinison, Bill Hicks, Roseanne, Tim Allen and so many others. It had stayed open over fifty years. I remember watching the Rodney Dangerfield’s ‘Young Comedian ‘specials as a kid. It was so very NYC and so amazing. I could feel the energy of the club through the television as these raw, next-in-line comedians made their mark on the show. It planted an early seed for my love and devotion to Stand Up Comedy.

When I started comedy it was after the big comedy boom. I was scrounging around, making my way as a comic any way that I could, from busing tables to producing shows. I had three phases at Dangerfield’s. There was the ‘not quite ready yet’ stage. I remember they used to only have thirty minute spots, which was their way of keeping the amateurs out. It was a refuge for the seasoned road comic. Only two things mattered at Dangers: crowd response and time. The kind of club that might leave you on stage for an hour if nobody showed. They wanted comics that were able to just keep going no matter what happened, maybe a mixup in the lineup or perhaps a comedian was dealing with traffic on the FDR. If you were booked they believed in your abilities as a comic. During my first phase the host was MC Nancy. She was the house MC and wore a men’s tuxedo which was this weird wonderful fusion of Catskills and Vegas style comedy that once was. I worked the club a few times and just didn’t have the chops for that amount of time on stage. I went on my way, paid dues and worked any gig I could get from Fire Houses to Elk Lodges. I had this obsession with working Dangerfield’s; people always talked about hipper downtown clubs and the new spots but I just wanted to work the house that Rodney built. I was a huge fan of Rodney Dangerfield’s standup and his movies. When you would enter the club it felt like the 1960’s as I imagined it. The lights were dim. It was so dark and dingy; I loved it. There were red carpets and waiters in red jackets. The bar was huge and comics could just let loose about a crazy road gig or who the asshole comic of the month was. You never got shushed for being too loud at that bar. It was the perfect set up for comedy and the best layout of a comedy club I had ever seen. The showroom was perfect. You could barely see the audience. The focus was on the comic, bright lights and a baby grand piano on stage. It felt like at any moment Billy Joel was going to drop in and start playing Big Shot! The headshots on the wall were stars of another level: Robin Willams, Chris Rock, Redd Foxx Seinfeld and my favorite, Tim Tebow for no reason.

For my second phase of playing there, I dropped off a homemade CD I’d recorded at a road show. Thirty minutes or so of a show I did in CT. I remember I dropped it off with the bartender Vinnie. He said he would pass it on to Tony the owner. I remember getting a phone call from Tony saying he liked what he heard and wanted to start using me. I started to work the club and it felt great. It was paid work and I was doing well. Sometimes at clubs you have to fight for your spots when you are the new guy, sometimes you get lost in the shuffle. I never gave up on playing that club. I would keep putting in and doing spots on outside produced shows. One night Tony saw me have one of those LeBron in the 4th quarter spots. All the laughs were on point and I was owning the room. He invited me down to his office and asked me why I don’t play the club more? I laughed and said, “Well I want to!” After that he made sure I didn’t get lost in the shuffle. I was a paid regular at Dangerfield’s, a comedy goal I’d always wanted to achieve. I was there for the last five or so years. It was my favorite place to play, that and Comic Strip Live!, the first club to pass me. If you were lucky you would get booked at Dangers and the Strip on the same night because they were so close to each other. It was absolute bliss for a comic trying to make a few bucks in the city.

I loved Dangerfield’s. The staff was ridiculous at times but coming from a dysfunctional family it felt like home. Chario was the senior waiter; he passed this year. Rest in Peace. He had been there since the club opened. He was the worst waiter on the planet. He would talk during your set and if that wasn’t enough he would often go on stage and tell street jokes. He would always tell me I was the funniest. I saw him say that to three other guys. I loved it. It was so funny to me because it was this surreal world that I had always envisioned art in NYC to be. I will miss the subway walk from 59th street, passing by the strip club with the bouncers and dancers smoking out front. That moment when you would turn the corner on first avenue and see the amazing awning — “Dangerfield’s” — I always felt like I was in showbiz when I played there. It was the only club that impressed my family back home in Texas. It didn’t matter if it was sold out or if there was only two people in the crowd. One time I was on stage and the only people in the audience were two girls from Australia who both went to the bathroom during my set. I was left on stage talking to myself. I would just laugh so hard at these outrageous moments. But there was nothing like a packed Saturday night at the club. The crowds were the best, always a little looser than the downtown crowds. From bridge and tunnel to tourists from all over the world. Oh and the green room was downstairs but not many comics used it. It had these wood panel walls… You could smell the coke residue from the parties Rodney and the gang must have had there. Thankful for all the memories! Thank you Tony for making it my home club. Thanks to Linda and Joe for keeping me on the lineup and to all the other producers who put me up. Huge appreciation to the staff, Yasan, Vinnie and Cho. There will never be a club like that again. It made me funnier and proud to be a NYC comedian.

Mentions: Post updated 10.19.20. Follow Dustin Chafin on Facebook, Twitter & Instagram. NEWS: On Halloween, Chafin will release his second comedy album Still Telling People That via Comedy Records available on all streaming platforms. The album was recorded during the pandemic in a barn in Maine via Zoom.