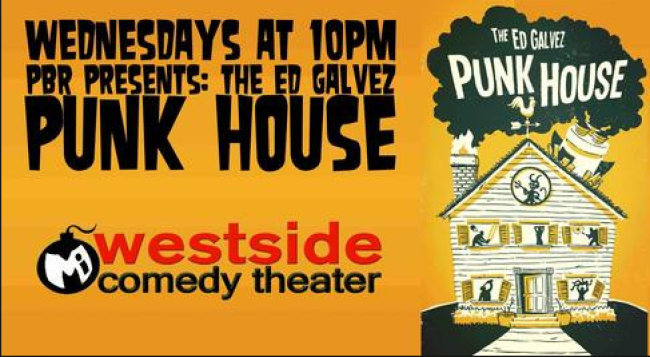 TONIGHT, July 30th, at the Westside Comedy Theater be present for the longest running show on nicer side of town, The Ed Galvez Punk House Show. There will be tons to celebrate including their 8 YEAR ANNIVERSARY and the the birthday of the honorable host, Ed Galvez. PBR sponsorship means $2 BEERS! Cheers! Come out and see these amazing comedians wow you

Great celebrations, cheap drinks and great laughs will get you past this hump day FOR SURE.