Quick Dish: Get In the TALKING HEADS Spirit Tomorrow at Echoes Under Sunset 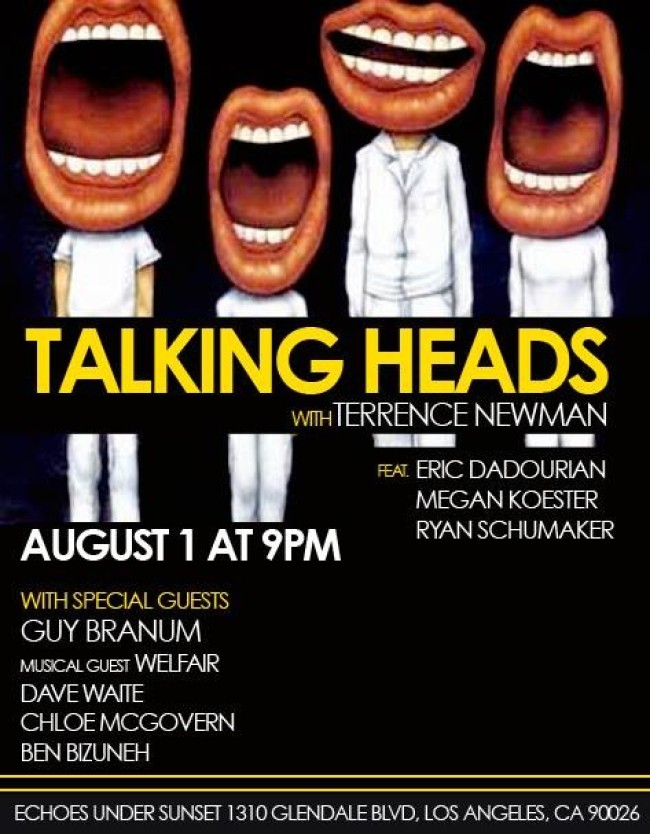 Forget those 2-D talk shows. Now you can be part of the talk show action LIVE and in your face. Head on down to Echo Park tomorrow evening (June 1) for Talking Heads with Terrence Newman. Every month there are entertaining guests, gags and madcap amusement. The show is hosted by Terrence Newman along with co-host Eric Dadourian, announcer Megan Koester, and the token intern Ryan Schumaker. The Talking Head guests for this month’s show include

CHLOE MCGOVERN
(Godmother of the Palace)

Come take in live funny people and be a part of the complete immersive talk show experience!