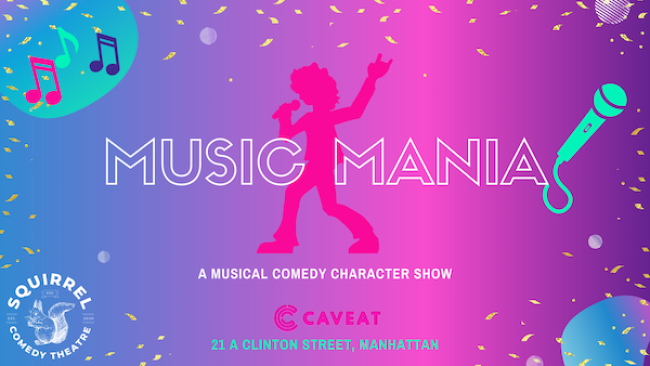 THIS SUNDAY, August 29th, get your live music kicks on because MUSIC MANIA is coming at you with the full force of laughter. This light on the pocketbook comedy show is a musical comedy character show featuring NYC’s most talented up-and-coming comedians (Grace Canahuati, Erica Diederich, Eddie Dougrou, Eric Gersen, Alex King, Nick Pearl, Patrick Reidy, Erin Richardson, & Alexandra Sanchez). Expect impressions of famous music artists, original characters, and, of course, songs galore! The show will be both in-person and livestream, so there’s no excuses not to get wrapped up in this concert-comedy show hybrid! Allow those dancing feet to start marching NOW!