Quick Dish: TONIGHT Do Not Miss ‘The Glendalia Show’ at The Complex 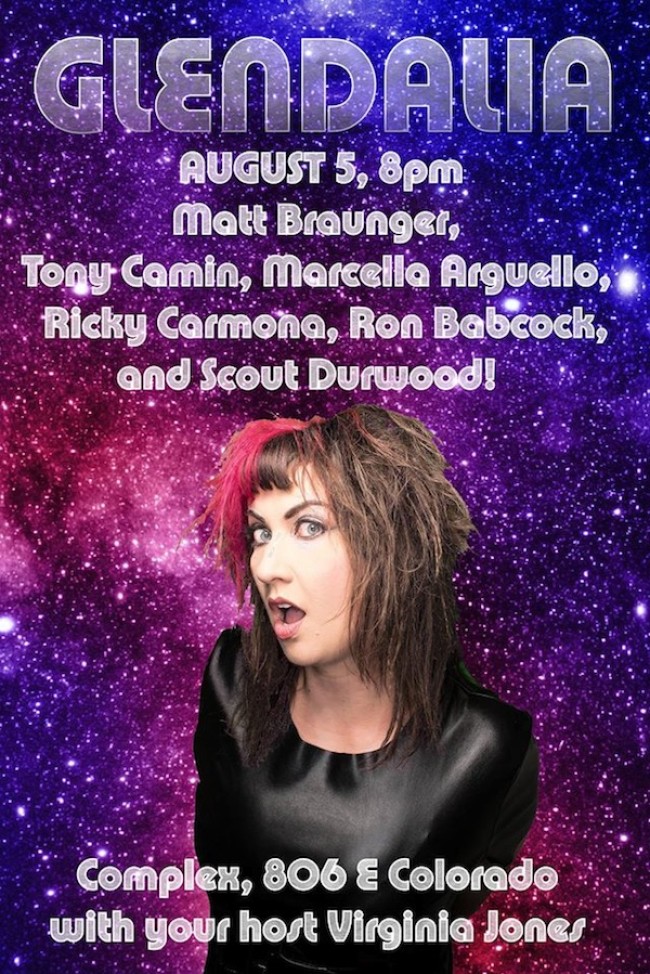 First of all, there’s a goth club in Glendale? I guess the Galleria food court just didnt’t cut it anymore. I kid. Well, imagine said goth club aka The Complex transformed into a comedy spectacular. Virginia Jones (Portlandia, Bridgetown Comedy Fest) and Dax Jordan (Bridgetown Documentary) will be bringing their monthly stand-up show The Glendale Show to you, the people, TONIGHT, August 5th. The show is FREE, there’s a full bar and there even two lottery spots available for attending comics. The featured comics will include

Pass the word on and get a taste of great comedy TONIGHT!