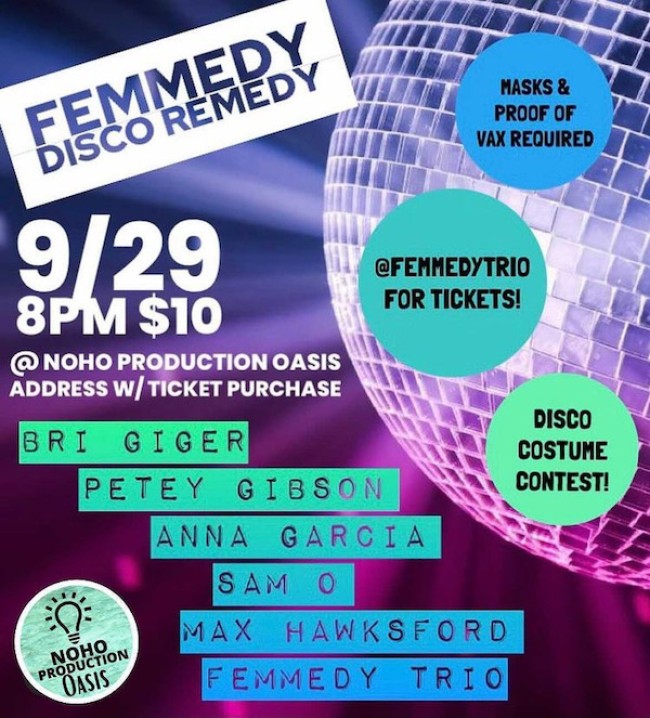 Your favorite musical comedy trio trips the light fantastic Wednesday, September 29th at Noho Production Oasis with an evening of stand-up, funny music, original characters, AND DISCO THEMED COSTUME CONTEST. (We hear there will be a “Best Costume” secret prize). Dahlya Glick, Stacey Hardke, and Gabi Van Horn, known for their clever, sassy songs, have graced the stage with names like Sasheer Zamata, Nicole Byre, Andy Erikson, Margaret Cho and more! They have also sold out performances at the Comedy Central Stage, Women in Comedy Festival, Austin Sketch Fest, the Hollywood Improv, The PIT, and other venues and events throughout this great land. Don your best Travolta spandex and sky high platforms so you can laugh and maybe dance up a storm (I know, the hamstring overstretch is asking a lot) with them this September.