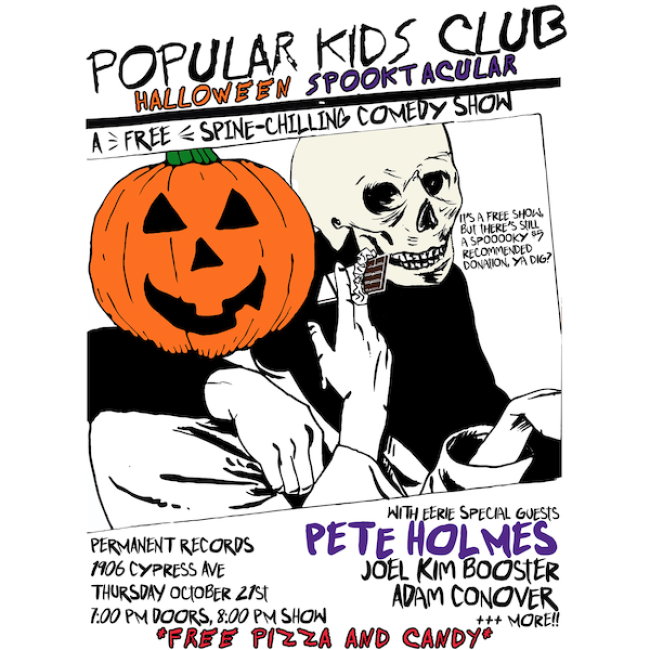 Halloween isn’t just for tots (and dark lords of the underworld). Your good friends at POPULAR KIDS CLUB will celebrate the holiday with their own version of a ghoulish time October 21st. Creep on over to Permanent Records for the ultimate DEBUT ANNUAL HALLOWEEN SPOOKTACULAR!! Not only will you be trick or treated with over ten pounds of candy and FREE pizza, but you will revel in the unparalleled entertainment from nationally touring headliners and frighteningly talented comics:

PETE HOLMES (Crashing, You Made It Weird)

JASON SAENZ (Ya Killin Me!)

How about them candied apples! It’s very special first holiday event worth dying for! OK, maybe not that last bit.