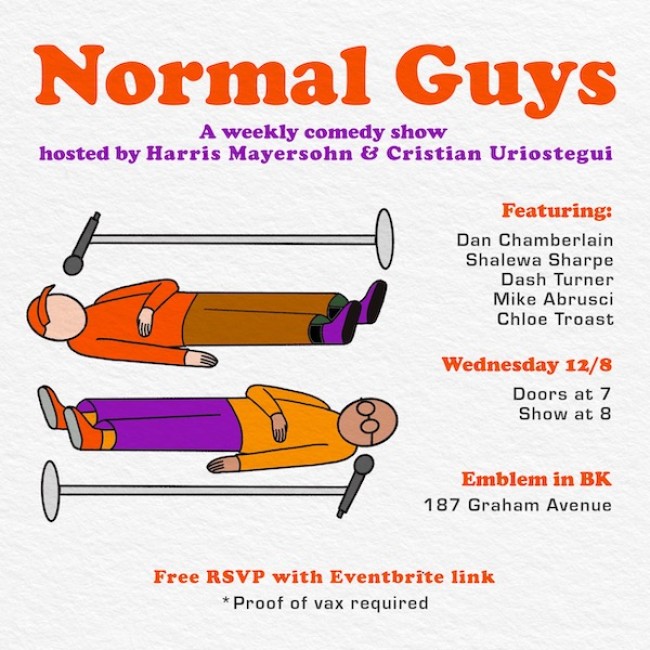 A couple of totally regular, run-of-the-mill, seemingly average guys, who happen to be comedians, Cristian Uriostegui & Harris Mayersohn, will be bringing you another night of weekly stand-up comedy THIS WEDNESDAY, December 8th. Pop on by Emblem in Williamsburg for a FREE night’s worth of comedy featuring NORMAL GUYS‘ favorite comedy pals:

Now go back to sweat praying your packages will arrive on time this month.