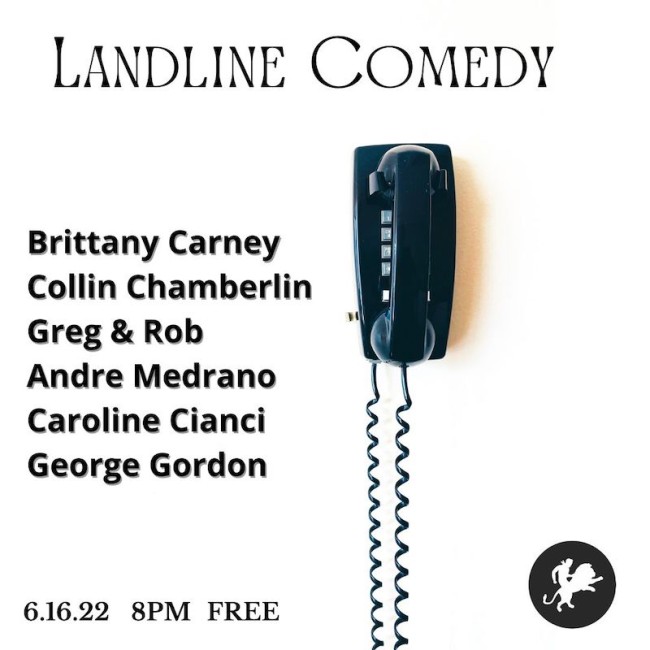 Join Landline Comedy this very evening for a rip-roaring good time at the intimate Barrel Cellar at Wild East Brewing. Might laughs will be had by all as the funniest comics in New York seen on The Tonight Show, Comedy Central, Last Comic Standing, MTV, and tons of comedy festivals bring you quality entertainment. Tonight’s lineup includes:

There will be a food pop-up so come early to grab a bite! The show is free but reserving a spot enters you into a drawing for a free drink. Come imbibe, snack, and laugh yourself silly!