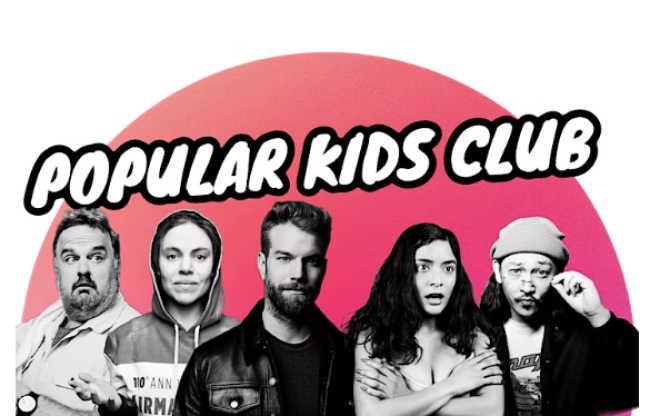 If you missed POPULAR KIDS CLUB’S anniversary show, do not fret because TOMORROW’S lineup is even more spectacular. Join host Luke Wienecke for another glorious adventure featuring the best comics around. Mother Nature may be trying to test the limits of human resiliency, but PKC has you covered. The club will turn those weather woes into cool laughs with these undaunted lineup:

And more than likely some drop ins because YOU KNOW they can’t control who decides to saunter on stage!

Grab those tickets while the gettin’s good!

Mentions: Doors 7pm, Show 8pm PT. $8 advance tickets, $12 at the door. Location: Permanent Records, 1906 Cypress Ave, Los Angeles, 90065. Cross-streets are Macon and Cypress. Can be accessed with the Red Line and the 94 bus. Despite the name, all are welcome, including the unpopular. Follow the show. Feed the beast.