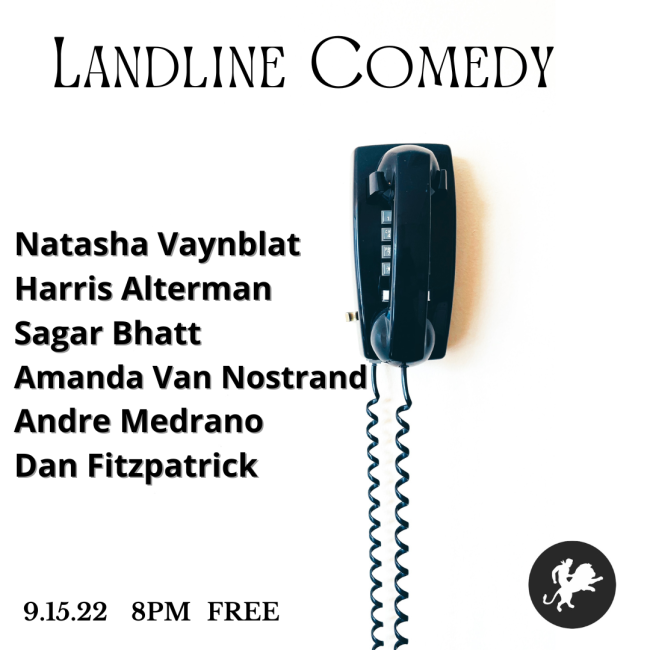 Get the fiberoptic message out any way you can because LANDLINE COMEDY is operational TOMORROW in the Barrel Celler of Wild East Brewing. Comics who have appeared on The Tonight Show, Comedy Central, Netflix, Hulu, The Late Show, Conan, and comedy festivals around the country will convene on this merry spot of laughter making. The September 15th lineup will be composed of:

The show is free, but if you register you will be entered in a drawing for a FREE drink! Come enjoy a couple of beers, and settle in for a night of laughter just blocks from the Union Street Station in Gowanus. Cheers!