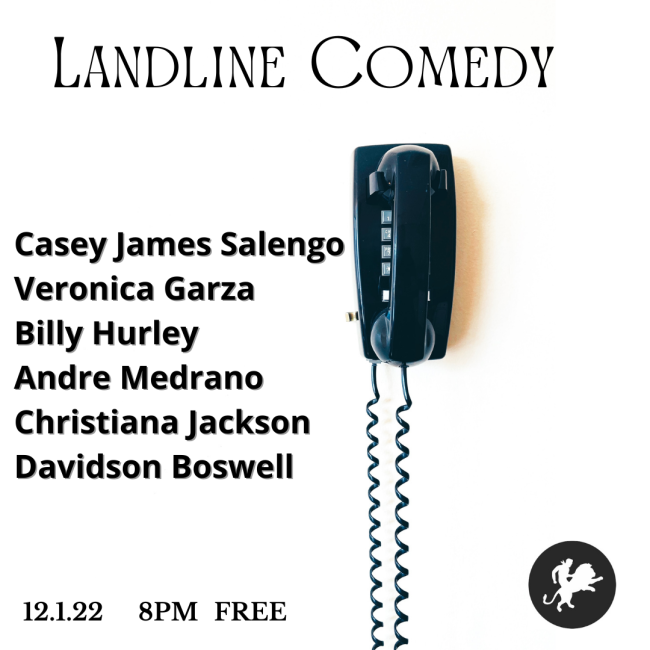 Ring! Ring! Comedy is at the phone and ready to entertain you. OK, you will actually be getting your jollies in a totally analog way with LANDLINE COMEDY. The gang will be giving you a proper show in an intimate Barrel Cellar at Wild East Brewing TOMORROW, December 1st. You know, like you are used to! Past guest have appeared on the Tonight Show, Comedy Central, Netflix, Hulu, the Late Show, Conan, and comedy festivals around the country. Tomorrow’s show will welcome these comics:

Casey James Salengo (This Week at the Comedy Cellar)

It should be a heck of time. Don’t miss out!