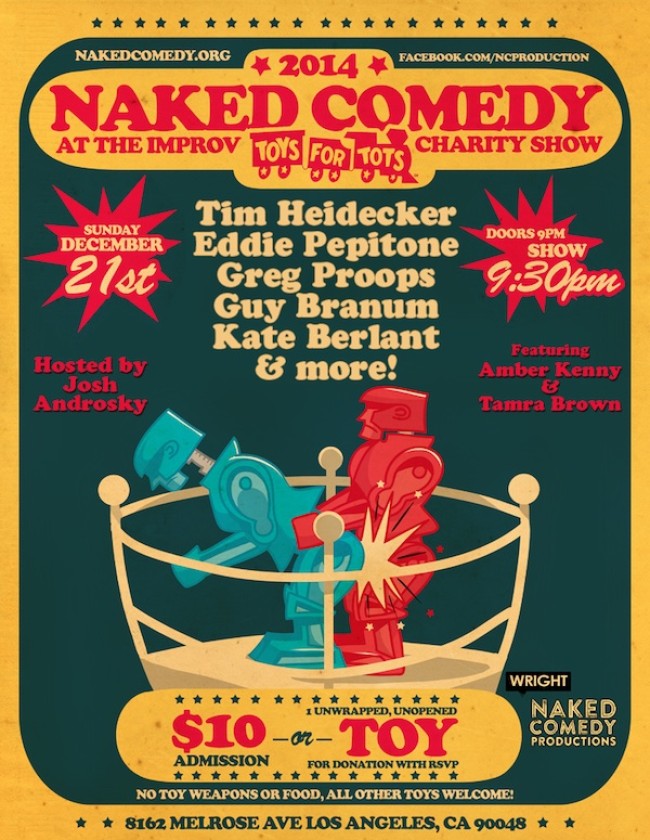 The holidays doesn’t just mean presents and glitter. It’s time to give back to those less fortunate than ourselves. OK, it now my job to inform you of an opportunity to do just that. The second annual Naked Comedy Toys for Tots Charity Show will shower you with laughter Sunday, December 21st at the Hollywood Improv. The lineup features these fabulous folks:

You can give to the tots in two ways. Either purchase a $10 ticket with 50% of the proceeds going to Toys for Tots OR RSVP HERE and bring 1 unwrapped, unopened toy for donation. It’s just that easy to put a grin on the face of child.