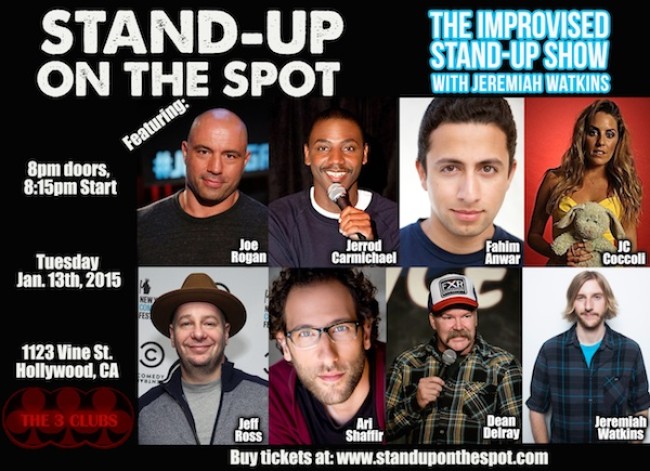 Did you always dream of choosing what a comedian jokes about on stage? Well, it’s 2015 and the opportunity has now presented itself to you on a gold platter. Tuesday, January 13 at Three Clubs Stand-Up on the Spot brings improvisation to the stand-up world at one of the swankiest venues around. Your suggestable comedians for the evening will include

Don’t miss out on this happening event!