Quick Dish: LIVE ENTERTAINMENT with Neil Hamburger 1.18 at The Satellite 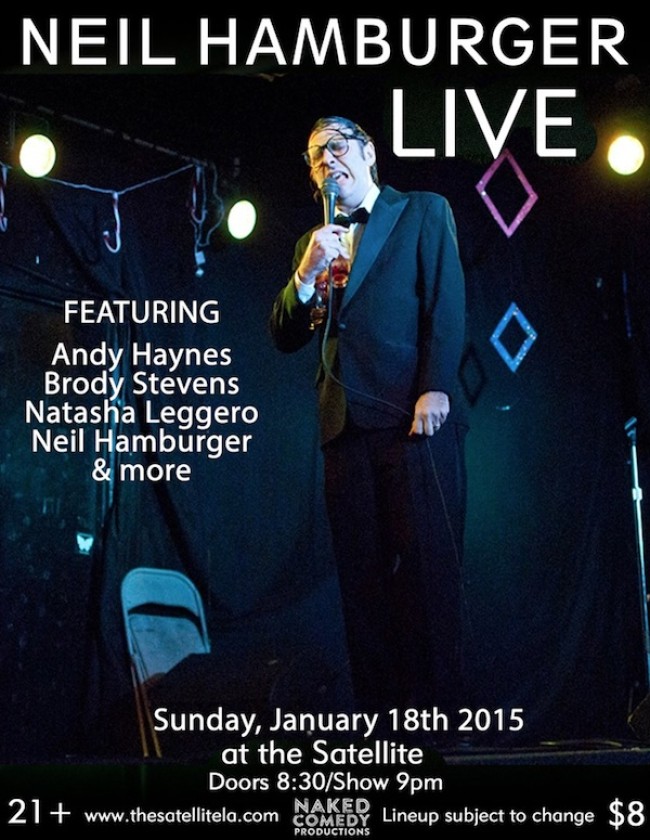 Come on, no one can have enough HAMBURGER in their life. Sunday, January 18th, your beloved lounge-worthy host offers up another evening of supreme entertainment at The Satellite LA. This is a comedy roster you can get on board with big time:

Let’s clear some throats and get the LIVE ENTERTAINMENT brewing!