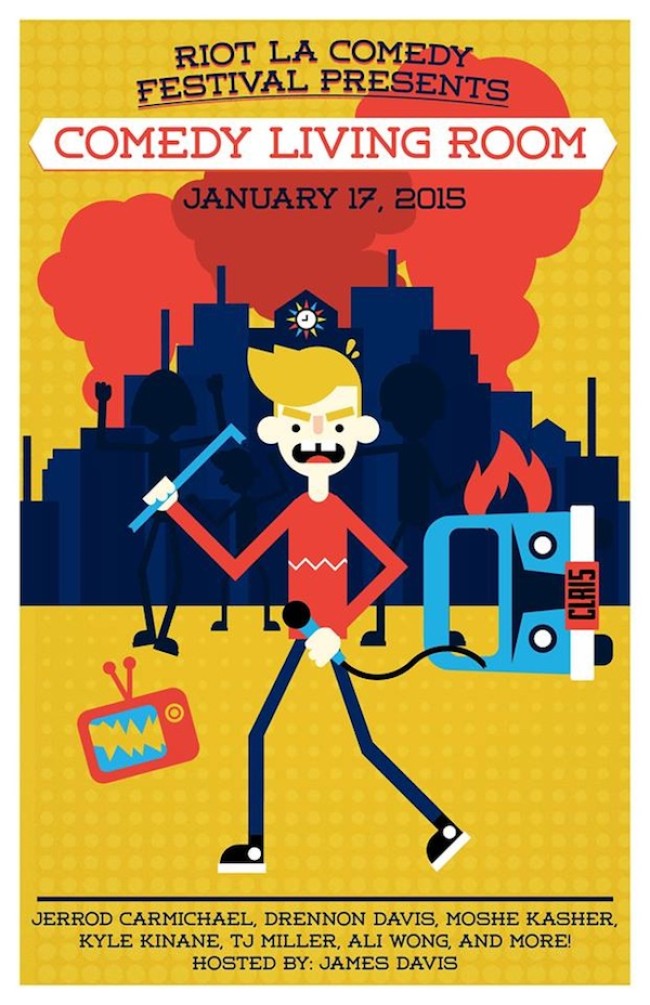 The Comedy Living Room show has really blown up since it’s inception. What started out as a small house show is now a star-studded juggernaut that has graced the Hollywood Improv, South by Southwest, and even the Mobili beach house in Venice. Well, the living room will be having even more fun in 2015 when hosts and founders Matt Lottman and Frank Chad Muniz bring the living room to The Lot at the RIOT LA Alternative Comedy Festival. You can look forward to live performances from

Get the unique live comedy experience you deserve! Buy your tickets NOW!