Quick Dish: Check Out the Super Serious Show TONIGHT at The Virgil 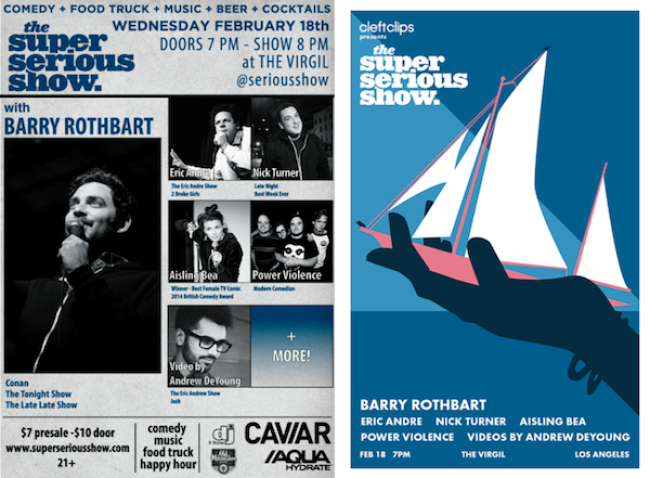 Looking for a super creative environment to hang out tonight? Well, the monthly Super Serious Show is offering up a comedy mash-up to propel you into the weekend. The show combines the “best of the great and varied Los Angeles comedy scene”. How could you possibly pass that up? TONIGHT, February 18, see