Quick Dish: The BAKED One Year Anniversary 4.14 at The Baked Potato 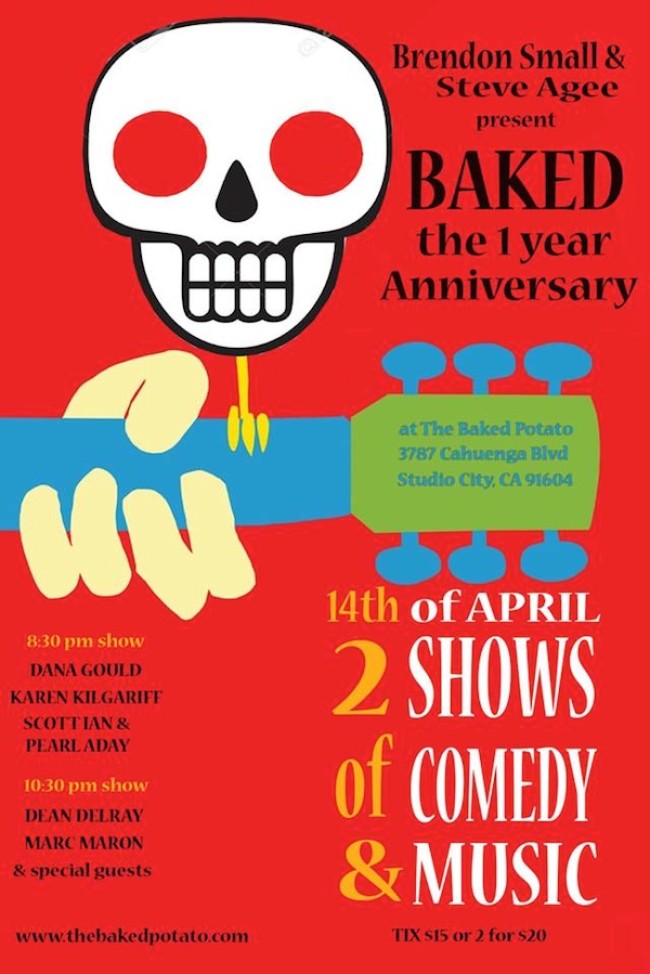 Kids, this month it’s time to pump up the jam at The Baked Potato jazz club. It’s the BAKED comedy show’s one year anniversary April 14th and that means a star-studded night of music an comedy. Steve Agee and Brendon Small will be your venerable hosts for the evening. Walter Ino, Joe Travers & Pete Griffin will once again be providing the musical accompaniment. There will be TWO huge line-ups for TWO shows:

AND the more you buy the cheaper it gets. Don’t miss this rockin’ event!