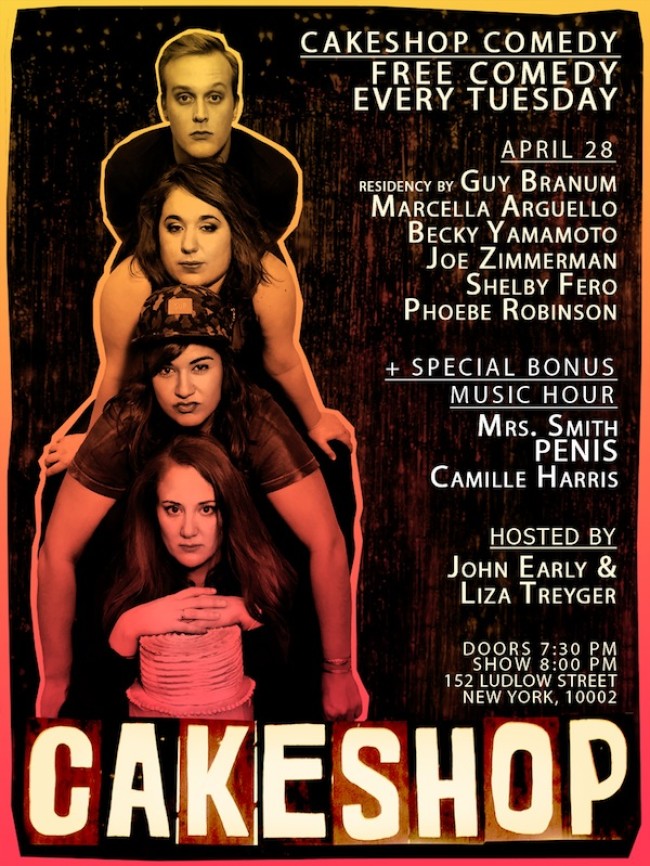 Are you ready for some CAKESHOP? This Tuesday, April 28th it will be impossible to resist the comedy allure of this jam packed lineup. Join hosts John Early and Liza Treyger in welcoming Guy Branum (Billy on the Street, AST Records)for his final residency spot PLUS you’ll see sets from

What’s not to love? Get thee to the CAKESHOP!