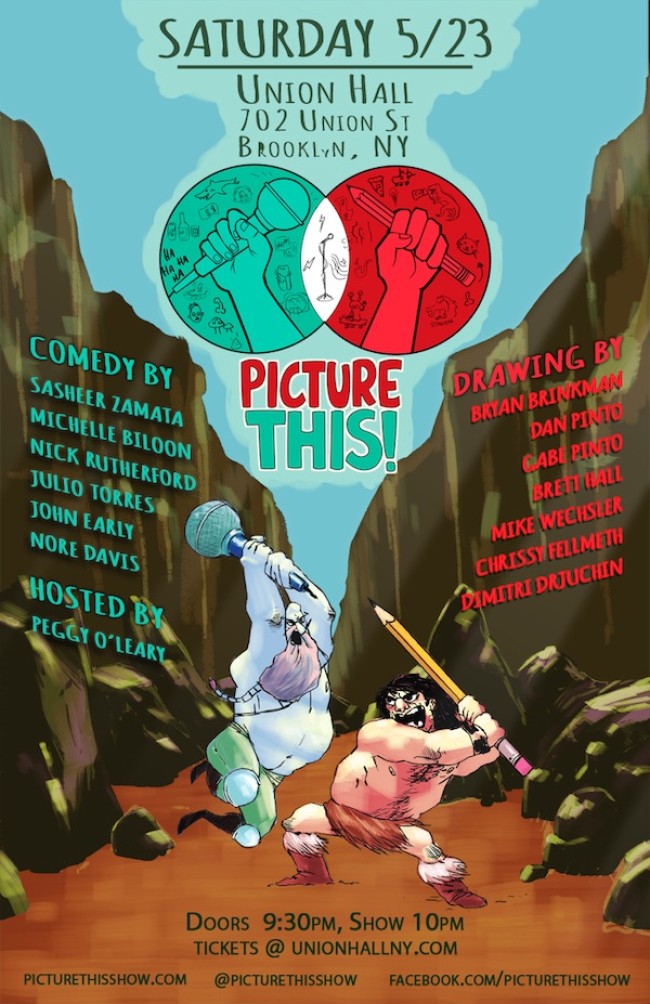 Everyone’s favorite live animated comedy show is BACK in NY, baby! PICTURE THIS! is part comedy show, part animated spectacular. Started by Brandie Posey and Sam Varela four years ago the show has traveled the world visiting San Fran, Portland, Toronto, New Zealand and Australia. Now you New Yorkers can experience the show at Union Hall May 23rd. The lineup, I must say, is pretty damn phenomenal:

PLUS a cavalcade of talented animators!