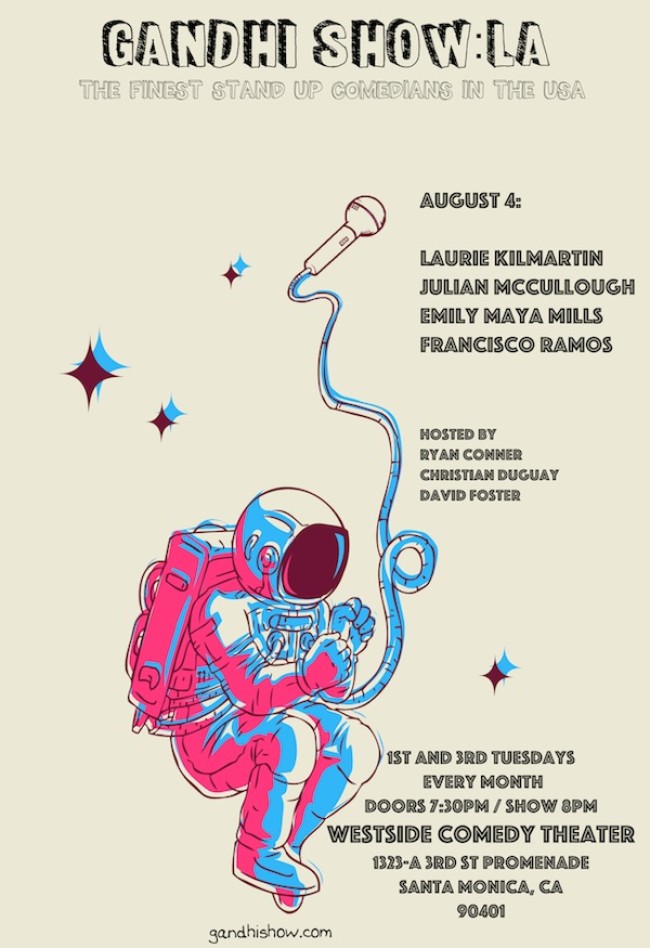 Gandhi, is that you? Well, it’s not me! Tuesday, August 4th the show that continues to conquer New York and has taken LA by storm makes it’s way to a brand new venue. You will be graced by Gandhi’s presence at Westside Comedy, where laughs are always welcome. Your venerable comedy trailblazers include:

This is just the life experience that could change everything for you or, at the very least, gives you a case of the chuckles. Support live comedy!