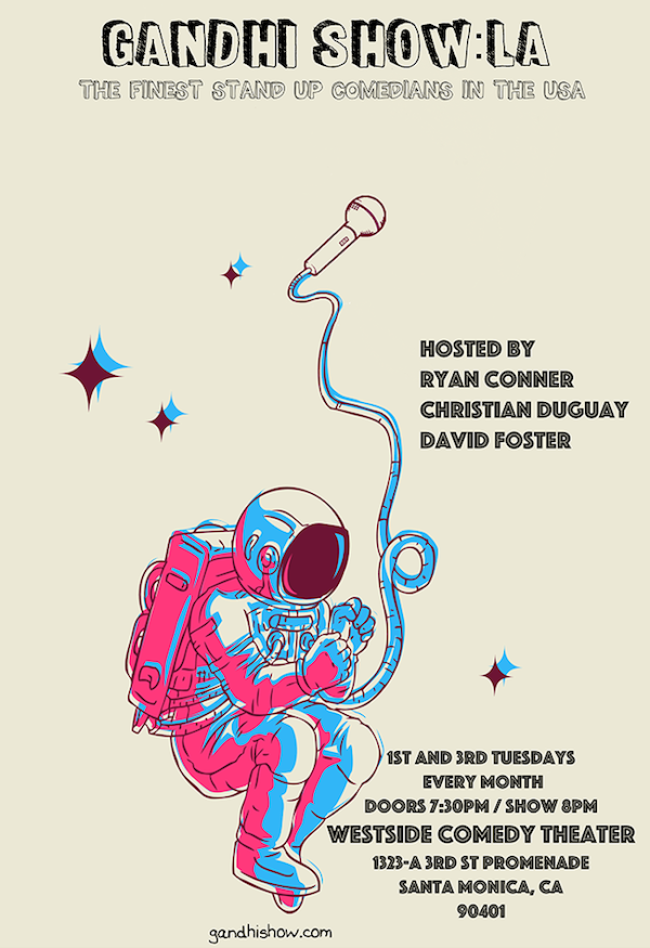 Have you had enough of the summer heat yet? We’re so over it. Instead of raging over these rays, why not have a hearty laugh at the GANDHI SHOW at Westside Comedy. Tomorrow, August 18th, LA’s new favorite stand-up show brings you comedians from Comedy Central, HBO, SHO, MTV, Late Night and more. Gandhi is that You? is already one of NYC’s most popular stand-up comedy bar shows. Let’s make it the #1 show in LA. Your most impressive Tuesday line-up includes: