Comedy Living Room is back at the Improv and this time it’s for a good cause (besides the joy of laughter). This Thursday, December 3rd The Comedy Living Room Non-Denominational Holiday Coexistacular 2015 kicks off. The show will benefit Children’s Hospital Los Angeles and, boy, does it look great. The comedy roster includes

See, we told you it was gonna be good! THE FIRST 50 AUDIENCE MEMBERS to bring an unwrapped unopened toy will get in FREE! Laugh and be generous this holiday season! 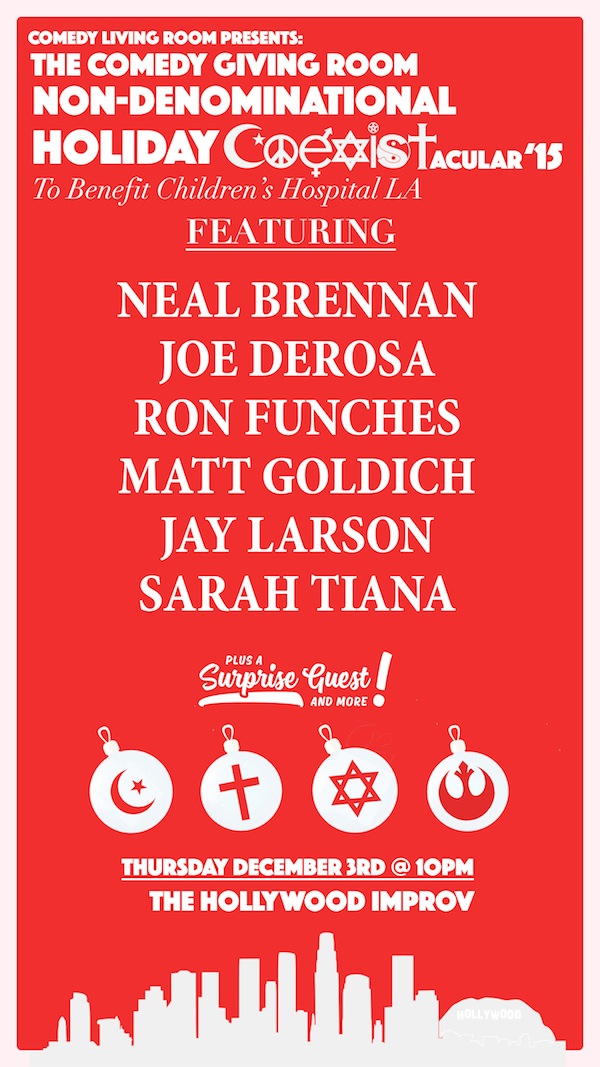