Video Licks: An Evening with Sean Patton TONIGHT 3.4 at NerdMelt 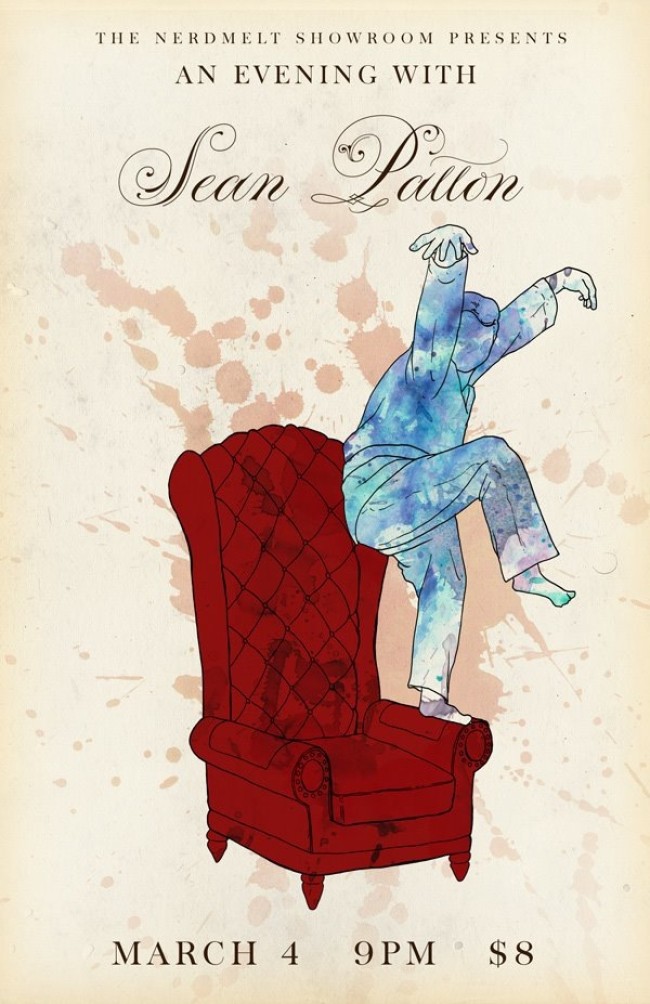 Ready to escape the world and start your weekend off right? There’s no better time than the present for that. TONIGHT, March 4th, at The NerdMelt Showroom embrace the stand-up insanity of SEAN PATTON. The LA/NY based comedians will perform an extended set after a couple pals intro for him, including Caitlin Cook, Solomon Georgio, and Jeffrey Baldinger. You know the always funny Patton from Late Night with Jimmy Fallon, Conan, @midnight, The Meltdown with Jonah & Kumail, Comedy Central’s The Half Hour, IFC’s Maron and Inside Amy Schumer. You may also be familiar with the laugh maker from Esquire Network’s Best Bars in America which he co-hosts with Jay Larson. Don’t miss out on a night filled with guranteed laughter!