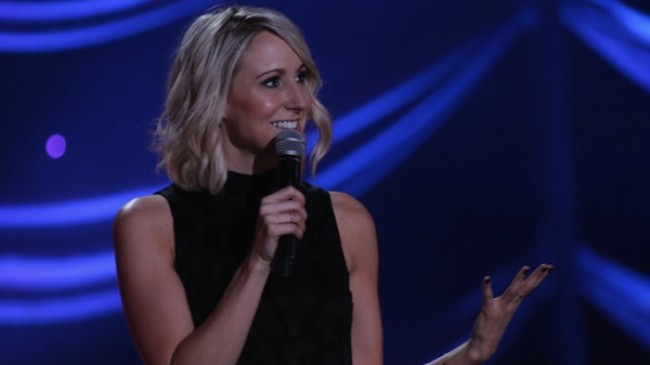 NIKKI GLASER’s first one-hour special, Nikki Glaser: Perfect, premieres Saturday, April 9th on Comedy Central. You’ve already been up close and personal with the comedian watching her hit series Not Safe with Nikki Glaser. Soon you’ll be able to get another glimpse of what makes this comic tick. Glaser performs at the Gerald W. Lynch Theater in New York City where she examines what it means to become an adult woman. Subject matter like marriage, sex, self-exploration and more are all on the table. The special will be available on cc.com April 10. The extended and uncensored version will be available for download on CC: Stand-Up Direct, iTunes, Amazon Video, Microsoft Movies & TV, Vudu, Verizon Flexview, Google Play and Sony Entertainment Network on April 12. Get psyched, kids!