You shouldn’t need a season for giving, right? Let those hearts grow three sizes Wednesday, August 17th at The Virgil for Comedy Living Room’s GOOD KARMA: A Night of Comedy Benefiting. This is a shiny, new show in which 100% of the proceeds go to a non-profit organization dedicated to helping human kind. This month the show will be donating to The Lymphoma Research Foundation. The entertainment will include comedy from 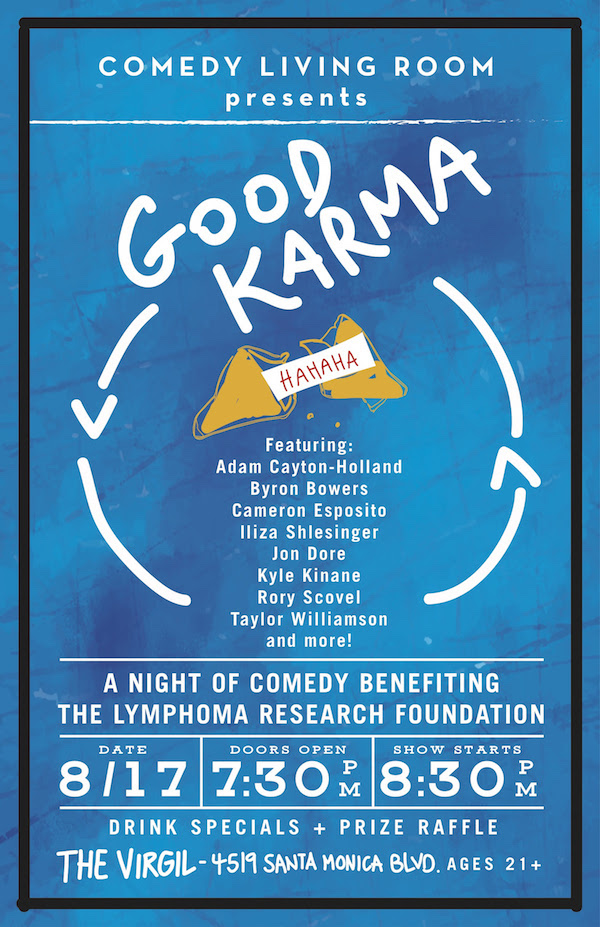