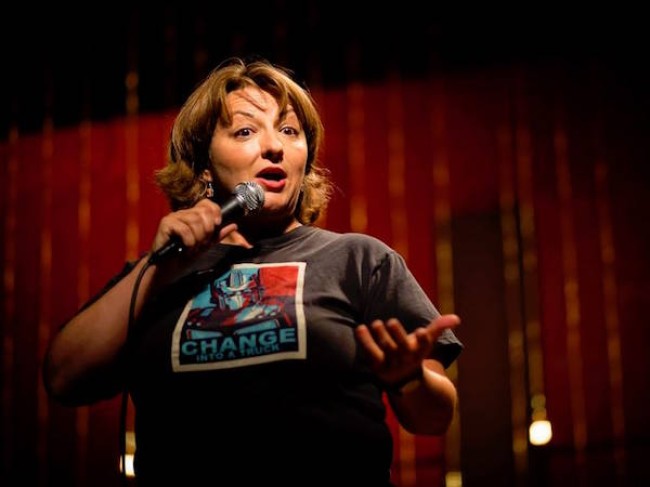 You, yes YOU, can see The Dork Forest podcaster/comedian extraordinaire JACKIE KASHIAN (Comedy Central Half Hour, CONAN, The Jackie & Laurie Show) prepare to record her fourth comedy album at The Clubhouse Tuesday, Wednesday, Thursday, and Friday starting August 30th at DAYLIGHT COMEDY. Why is it called Daylight Comedy? Because it happen when there’s actual light out! This ain’t your ordinary nighttime gig. This is bold, sun-soaked, vampire burning, but indoor comedy like nothing else! Who knows, maybe Jackie will have candy for you, the comedy kind! GO!

Mentions: Show 4pm. Arrive before 3:55 for line up. No presales or reservations. Admission is pay-what-you-can / Suggested Donation $5. Park in lot for FREE. The Clubhouse is located at 1607 N Vermont Ave, Los Angeles (between the Jon’s & Radio Shack, in the same shopping center at Fat Burger).