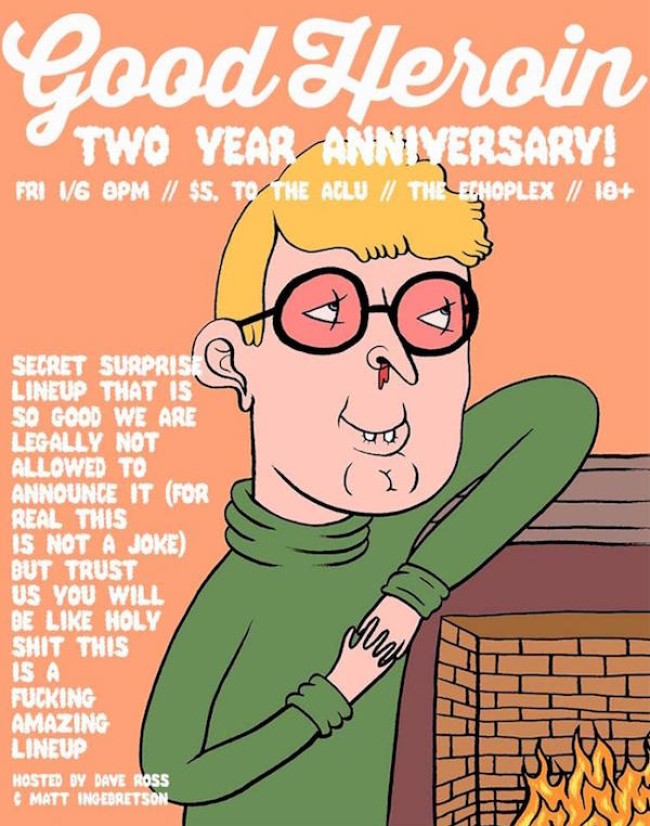 Holy F**k, it feels like GOOD HEROIN was just goo goo and gaa gaa’ing yesterday! Time has flown by and this comedy show will be sporting it’s hilarious toddler legs for a two year anniversary this FRIDAY. Join the funny bunch TOMORROW, January 6th, for a super special anniversary show at The Echoplex. All that coffee, all those books, and so many great comedians have made this show the IT place to be Saturday evenings. Come celebrate their humorous achievement with an amazing SUPER SECRET lineup hosted by your beloved Dave Ross & Matt Ingebretson. Be there!