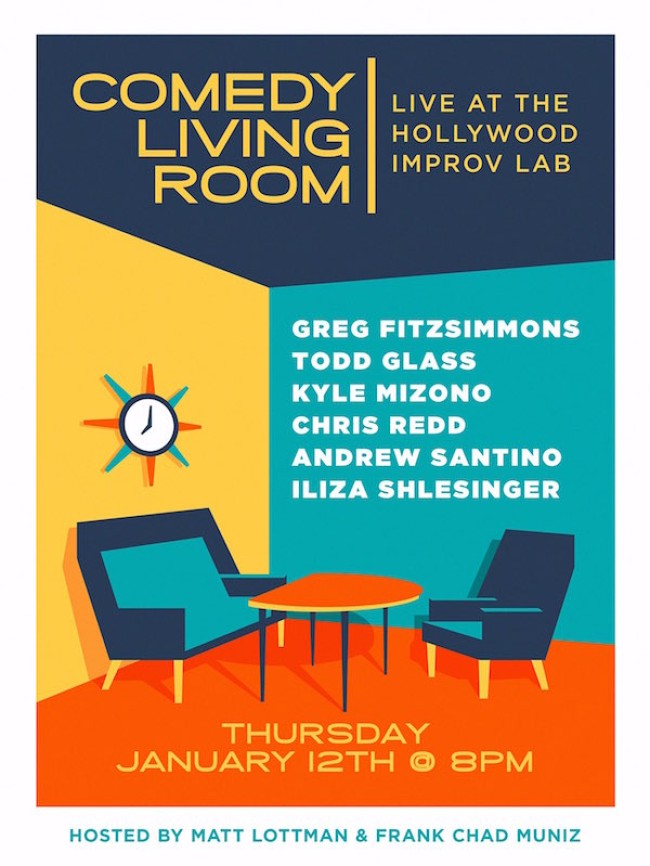 Hey kids, did you miss Comedy Living Room over your holiday? Well, their first show of 2017 happens TONIGHT, January 12th, at the Hollywood Improv Lab. Since it’s CLR, the lineup is going to be out of this world. Don’t believe me, then take a look:

Start 2017 right with some comfy comedy.