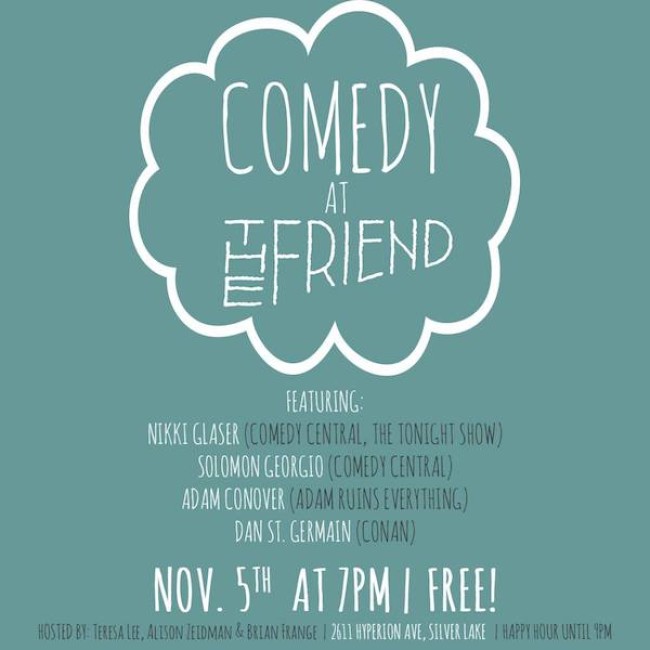 We’re always excited when a new comedy show pops up on the scene. Just in time for the holidays, you can laugh away thoughts of family squabbles and carb loading with COMEDY AT THE FRIEND. Sunday, November 5th, your co-hosts
Teresa Lee (written for Cracked and MTV’s “Middle of the Night Show), Alison Zeidman (writer and consulting producer for Adam Ruins Everything), and Brian Frange (staff writer on Adam Ruins Everything) will bring you amazing stand-up comedy at Silver Lake’s most popular freshman bar The Friend. The all-star lineup will include

Comedy at The Friend hopes to be THE Sunday night pit stop for locals and visitors where top comedians from TV can perform in a laid-back setting. The show is FREE to bargoers and happy hour ($3 PBR’s) will run til 9pm. Be there!