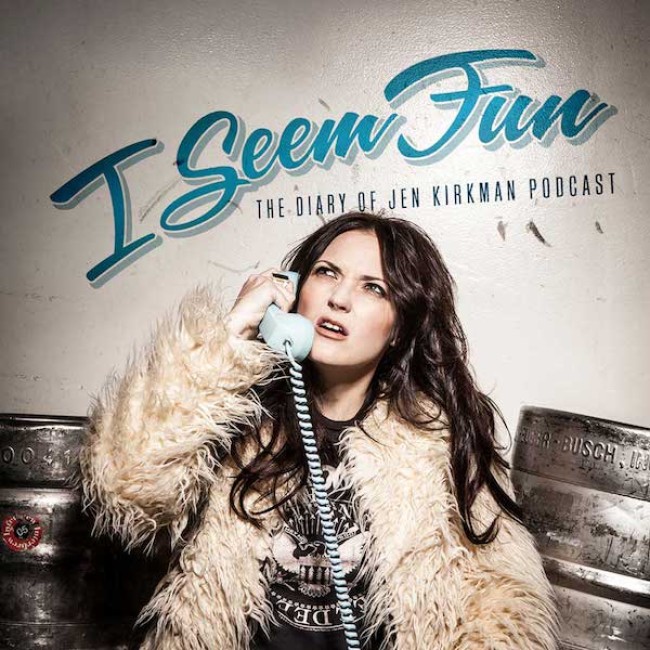 Larger than life comedian and author JEN KIRKMAN will be returning to the Bell House Friday, March 2nd for a live taping of her popular podcast, I Seem Fun. When Jen isn’t being hilarious in her stream of consciousness podcast looking at the world around her, she’s conquering comedy land with her achievements. Her 2015 Netflix Original Comedy Special I’m Gonna Die Alone (And I Feel Fine) was named one of the Top 10 comedy specials of 2015 by Time Out New York, New York Magazine, and The Atlantic; her recent Netflix Original Comedy Special, Just Keep Livin’? is streaming worldwide; she’s a New York Times Bestselling author of two comedic essay memoirs; and you’ve probably seen her on at least one of these programs, Drunk History, CONAN, @Midnight, The Late Show with Stephen Colbert, The View, The Wendy Williams Show, Harry, The Tonight Show with Jay Leno, The Late Late Show with Craig Ferguson, PLUS the feature film Home Again. If you want to see one heck of an amazing lady doing high quality improvised standup and monologues, then this is the show for you! GO!