Quick Dish NY: HER POINT of VIEW NETWORK 5.5. at the Brooklyn Comedy Collective 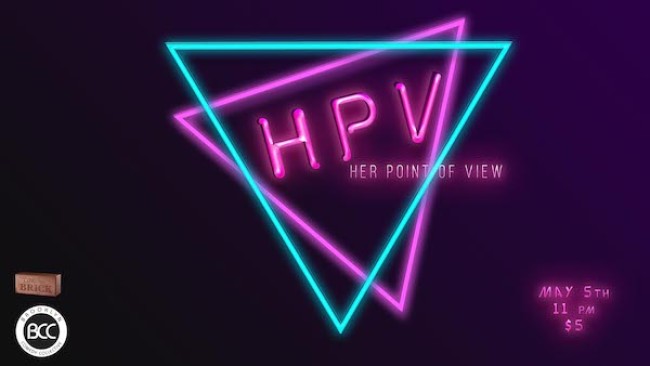 HPV: Her Point of View Network (see, you already giggling) will be throwing it’s inaugural show at Brooklyn Comedy Collective, directed by Amanda Xeller, on Saturday, May 5th. The sketch show, written and performed by Brooklyn’s most hilarious female and queer performers, follows a feminist TV network that’s just booted all of it’s cis-straight dudes and tries their best to please their parent company, MBC. The show features a recurring cast of characters who are in deep with the “trials and tribulations of commercialized feminism:”

The show is produced by D. Arthur and Heather Harrison and promises a “30 Rock meets Girls” dose of satire and heart. Won’t you join in the all-in progressive fun!