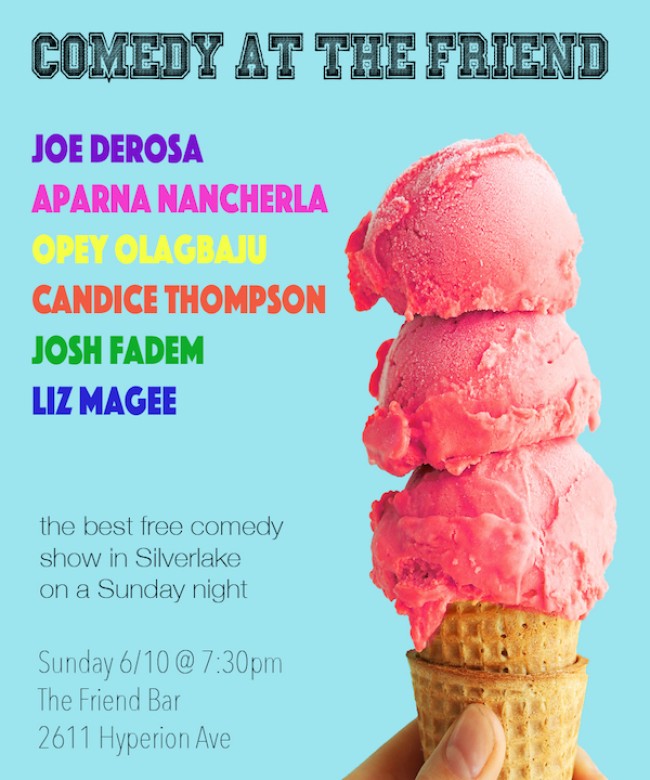 COMEDY at THE FRIEND returns Sunday, June 10th for a special summer kickoff show filled with humorous, delectable delights. So what’s the most scoops of ice cream you’ve ever placed on a cone and consumed in one sitting? We’re not saying, because dairy lovers never tell. If you love stand-up as much as you do Ben & Jerry’s Chocolate Fudge Brownie, then check out this yummy lineup: