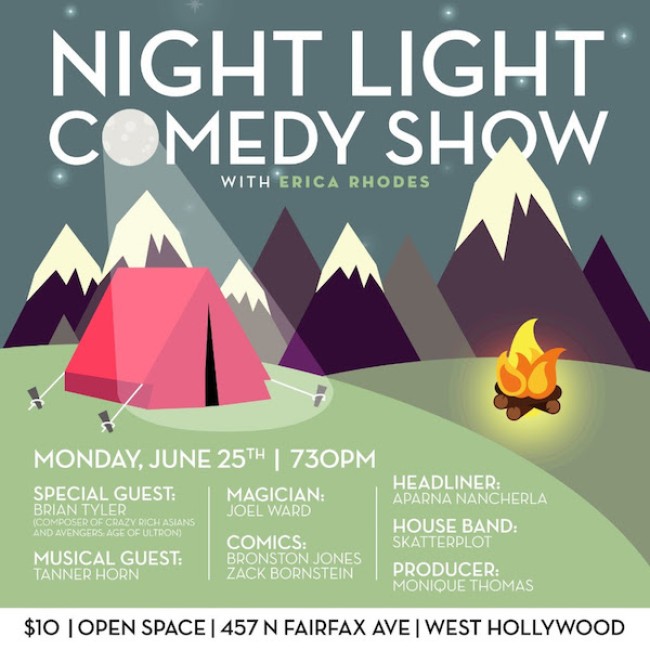 Monday, June 25th THE NIGHT LIGHT COMEDY SHOW with Erica Rhodes is back with with Headliner Aparna Nancherla from Crashing on HBO! The monthly comedy and music variety show will be bringing you a heap of chuckles this month at Open Space LA. The featured entertainers will include

Won’t you come on by? They’re keeping the light on for you!