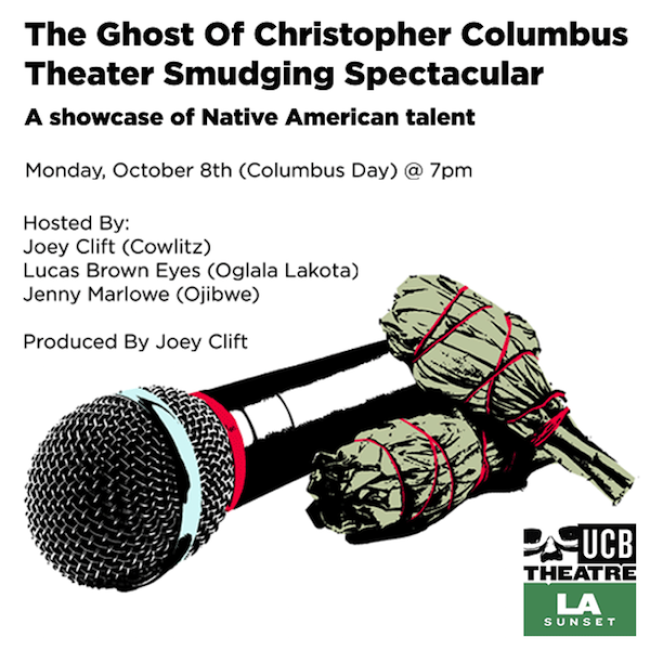 Hey kids, its #IndigenousPeoplesDay which means it highly appropriate that you be gifted the FIRST EVER showcase of native American performers happening TONIGHT at UCB Sunset! Joey Clift, if you read Comedy Cake on the daily, is a registered member of the Cowlitz Indian Tribe, wrote the satire zine “American Indian Ready To Wear Catalog 2018,” and tonight brings you The Ghost Of Christopher Columbus Theater Smudging Spectacular – A showcase of Native American Talent! Five years in the making, the show features “sketch, stand up, storytelling and videos from some of the coolest and funniest natives in Hollywood, cleansing the UCB Theatre with jokes instead of smudge.” The show aims to scare away the ghost of Christopher Columbus with laughter and jokes from Native performers, as he rises from the dead to terrorize Native American people. Your awesome lineup includes

“Bye, bye,” ghost of history past!