Added on December 12, 2018  CakeMama  A Weekend in the Country , real housewives

Quick Dish NY: Spend A WEEKEND IN THE COUNTRY with The Housewives 12.17 at The PIT 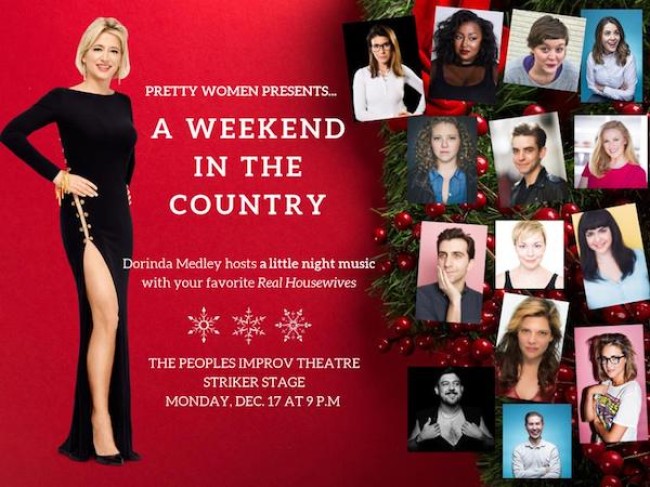 Nothing like spend the holidays with those dearest to you. You know, a whole evening hanging out with the Real Housewives is just what the overpaid shrink ordered! Tuesday, December 17th at The Peoples Improv Theatre, take A WEEKEND IN THE COUNTRY with Bethenny, Luann, Sonja and the lot singing Sondheim. They are making that annual holiday excursion to the Berkshires so they’ll need all the vino and musical accompaniment they require. The dazzling lineup of New York comedians (as your RHs) will include

with MUSIC from Scott Englund