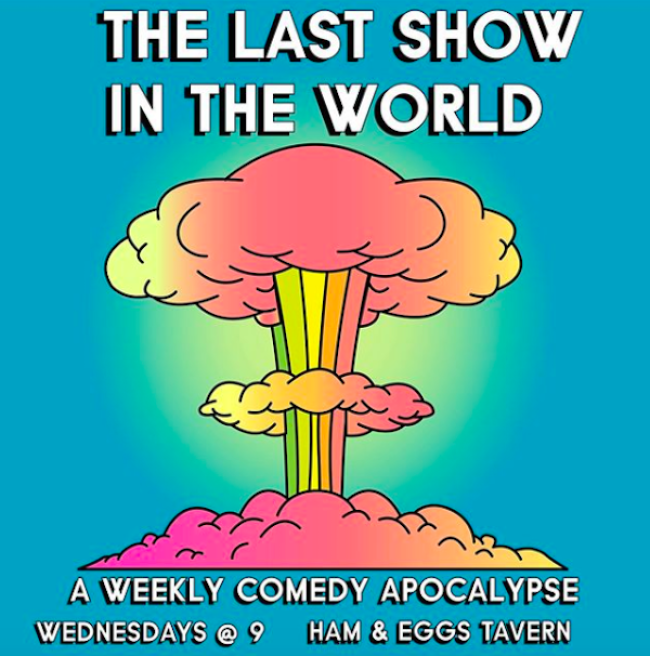 TOMORROW the comedy apocalypse continues with, dare I say, another EPIC lineup! Last Show in the World is back at DTLA’s Ham and Eggs Tavern with comedy revelations like no other. Your grand comedic scroll of entertainers will include

HOSTED BY GEORGEA BROOKS (LOVE OF YOUR LIFE)

They said humans wouldn’t last this long. They were wrong! Come laugh with your fellow earthlings another week! GO!