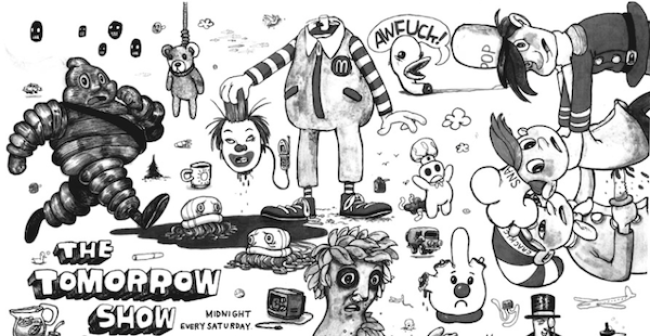 If you love Emo Philips and Ron Lynch like I do (and that’s mega tons), you will not want to miss the Tomorrow! Show happening this Saturday, January 18 at Trepany House at the Steve Allen Theater. The Tomorrow! show is all comedy, music and variety brought to you by the most talented funny folk in the biz. Check out this lineup:

Mentions: Show starts 11:59 PM. Buy your tickets HERE. Per Emo himself, “if the show “sells out,” we’ll simply remove the lobby wall. (Let’s see them try that at La Scala!)”