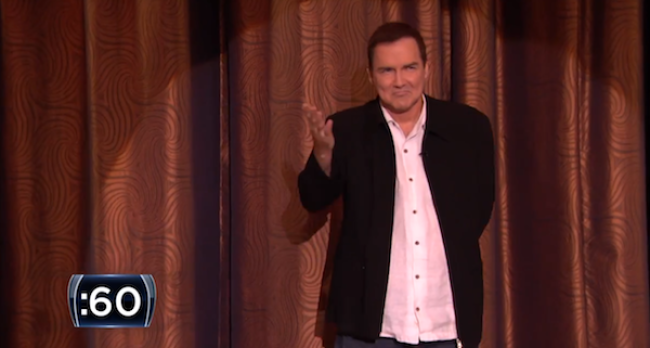 Its now common knowledge that Craig Ferguson will be stepping down from his late night hosting position at The Late Late Show. Norm Macdonald has been lobbying (with the strong backing his fan base) to fill those The Late Late Show hosting shoes. Last night on CONAN, Macdonald made it clear to the red-haired host that the hosting job is a piece of cake so Conan gave Norm a 1-minute opportunity to show off his hosting skills. Enjoy!