Video Licks: The Troubies Bring You The Final Installment of Homer’s ‘The ODDyssey’ Complete with A Mega Monstrous Foe 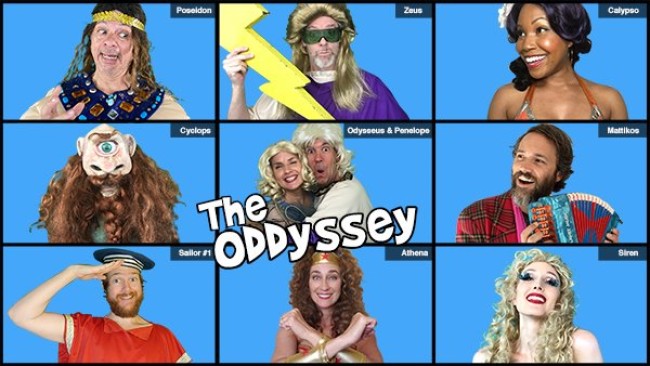 It’s been quite a journey, kids. Not only has the fearless ODDy fended off Poseidon’s beloved Cyclops, braved Aeolus’ farty winds, escaped Circe and her box of whine, and survived the Siren’s haunting song, but he must now face the greatest test of them all, battling the legendary and ravenous Skylla monster. Once he ALSO makes amends to the melancholy Poseidon, can he fend off all of Penelope’s suitors to reunite with his sweet, devoted beau, Penelope? Only one way to find out, and that’s watching the FIFTH and FINAL episode of The Troubie’s tremendously entertaining Getty Museum video series. Enjoy NOW!