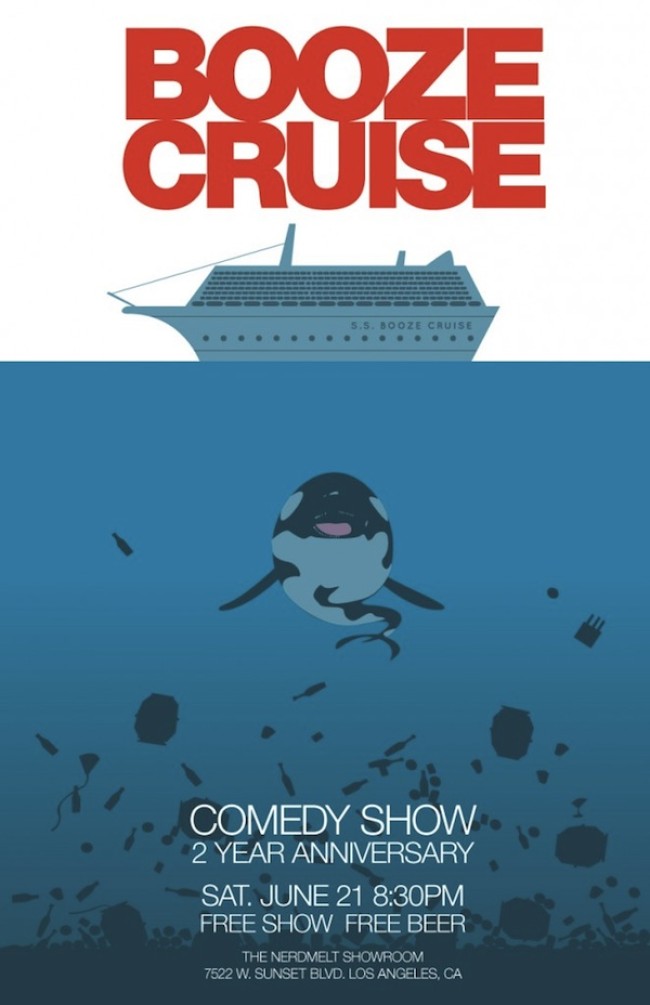 Sailing the high seas never felt THIS good. Folks, it’s the BOOZE CRUISE’S 2 YEAR ANNIVERSARY SHOW this Saturday, June 21. Ken Shultz (Brad Gage of Family Sandwich, SketchMelt, AFV XD) hosts the ship’s comedy variety show hour featuring the most electric, drunken mix of stand-up, sketch, music and, yes, more! This special evening the crew will be hunting down an escaped orca in hopes of bringing the killer back to Sea World. However, there is sure to be some rocky seas along the way. Get out the keg! After the crew is dealing with that mess, you will be entertained with some comedy by

The show is FREE and so are the DRINKS! Support live comedy, matie!