LAYERS: Out Today FOG AND LASERS 2 Will Get You Through The Rest of 2020 with A Cheeky Grin 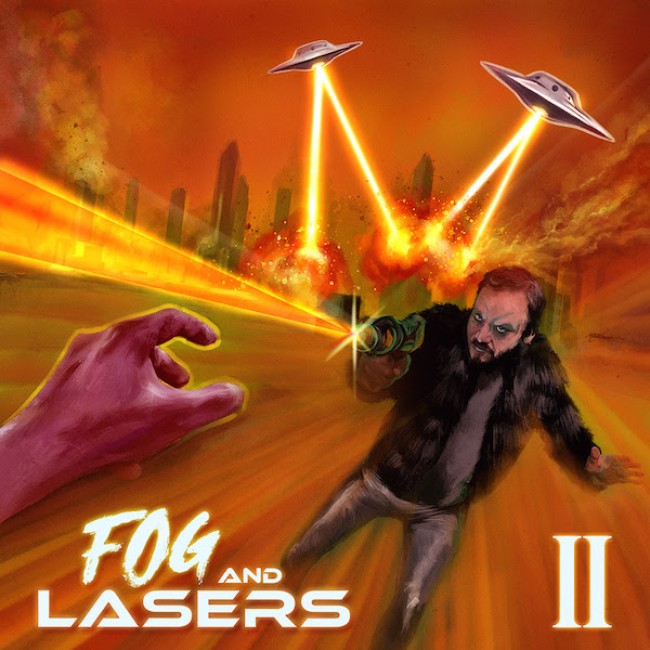 The album was written and recorded this spring and summer under shared pandemic circumstances. The 12 tracks offer hilarious observations about the most innocuous of quarantine behaviors (“F*** A Little Cereal Up”) to the most dangerous (“Piece of Sh** Joggers”) and flamboyant (“So Wretch,” “I.K.I.E. – I Know It Exists,” “Investment Banker”). The album is infused with multiple musical genres, like pop, metal, and hip hop, which play beautifully with one another. Heck, there’s even a Spanish tune that may require some translation, but you can handle it (“Amigo”). Just wait til you figure out what it all means!

If I had to choose my favorite tracks from Fogs and Lasers 2, one would be the viral hit “Piece of Sh** Joggers” where the listener is confronted by a familiar pandemic situation. I’m sure by now you’ve had a run in with an overzealous jogger who has gotten a little too close for comfort. Heck, “it’s not like there’s a killer virus outside” or anything. I guess no pain (in the arse), no gain? My second pick of the album would have to be “Venom 2 Trailer.” This track may be a bit more niche, but it sang to the inner geek in me. If everything had gone as planned, we’d have already known how Venom: Let There Be Carnage was connected to the Spider-Verse. We’d be having more dreams about Tom Hardy. The track reinforces the fact that fans still won’t be gifted with a simple Venom 2 trailer. For the love of all things nerd, can we at least get that in 2020? If we have to watch one more fan created teaser trailer, there’s gonna be bad wig hell to pay.

Alright, seek out this album on all streaming platforms because it will put you generously closer to the normalcy we all covet in 2020. Happy listening!

Mentions: Fog and Lasers 2 is available on Spotify, Google Play, Apple Music and more. This album was produced by Rodrigo Fernandez-Stoll and Chris Reineck. Comedy Records is Canada’s first record label dedicated to releasing stand up and sketch comedy albums.