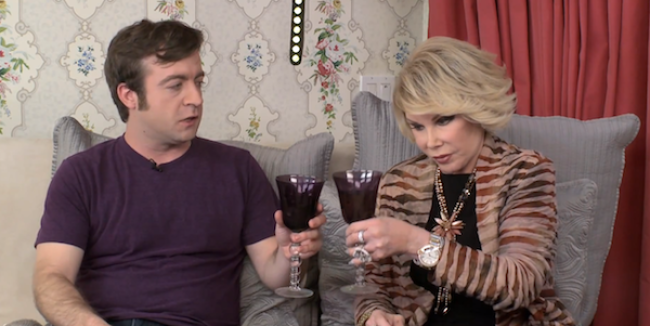 Season Two of Drunk History is a huge hit so, of course, Joan Rivers invited it’s creator Derek Waters into her bourdoir for a nice, wine-filled chat. The two discuss the Comedy Central hit, 911 jokes, meeting John Waters, and play some mandatory In Bed with Joan games. Enjoy!