Quick Dish Quarantine: Check Out Another Golden Set of Lineups with This Week’s SELF-CARE COMEDY 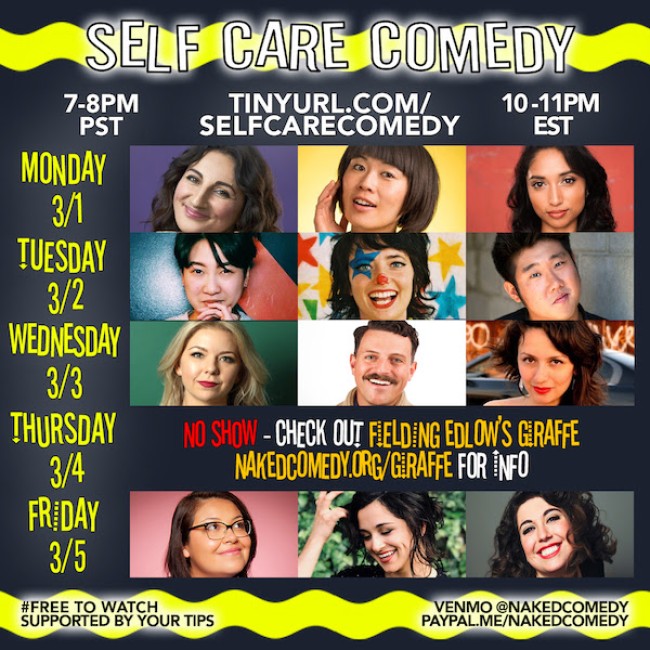 Can you believe it’s already March? February was dramatic enough with Lady Gaga’s dog-napping attack! Here’s hoping the Ides are a little more kind to us than they were last year. *shudders* I can at least promise this week’s SELF-CARE COMEDY offers a comedy pot of gold at the end of each week night. Your lineup for the week includes performances from:

Thursday 3.4 NO SHOW (check out Fielding Edlow’s Giraffe instead)