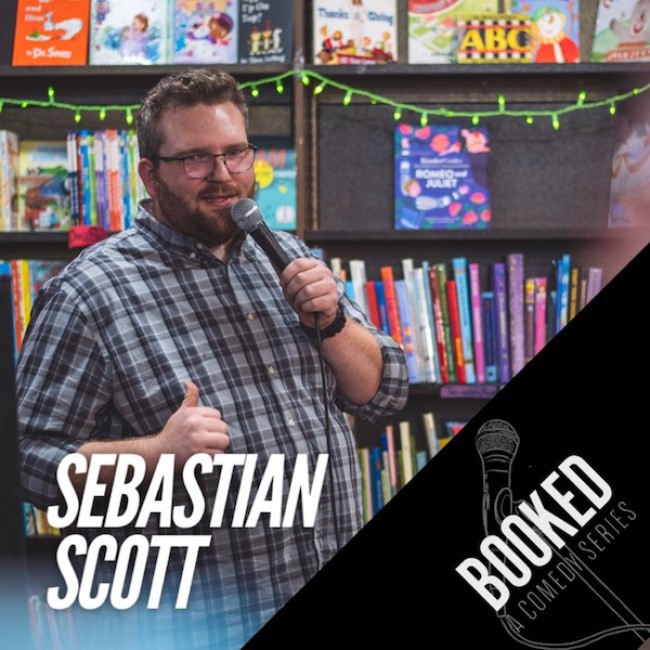 You know we can’t resist bringing you another episode of the BOOKED Comedy Series on YouTube! This time comedian Sebastian Corley, I mean Sebastian Scott, wait…I really mean Sebastian Corley (because the comic apparently only adopted that name for two months last year) takes the helm of the Tiny Desk Concerts of comedy. Whatever name the comic is identifying as these days, this set is hilarious either way. The episode begins with Sebastian taking aim at the stereotype of his Christian name. Corley points out that people often associate the name “Sebastian” with a “shirtless dude playing flamenco guitar in some sweaty Havana basement about to steal a virginity.” We’d have to support him on this observation because even the “Sebastian” character in the very old British novel, Brideshead Revisited, had some serious game.

Sebastian continues with the self-deprecating humor describing himself as the product of a match between Chris Pratt and John Goodman. This joke is so accurate, the detectives of a whodunnit novel could give the description to a visually impaired person and they would immediately peg SC/SS as the perpetrator. The set only gets better, with Sebastian tackling sweat patterns, friends using drug terminology to help SC shed some pounds, the comic being a victim of “cuddling without consent,” the “weirdness” of white people, nightmarish Postmates delivery scenarios, and living with “the King’s disease.” But that’s not all! The shimmering star of the set is Sebastian’s story involving his hippie parents, LSD, and a KISS concert. Those elements may not marry well in real life, but, for this set, its a match made in “blood and fire spitting” heaven. Watch the episode now and thank me later. Enjoy!