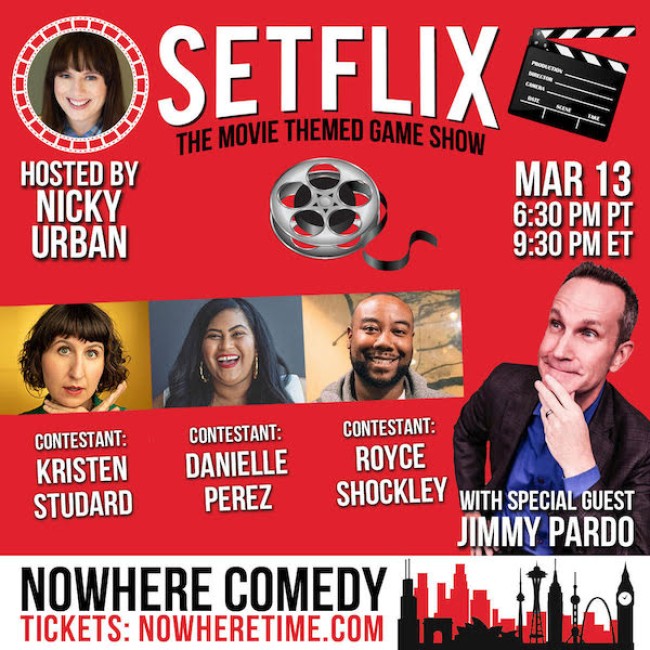 Are you ready for more movie-themed fun?! Well, Saturday, March 13th enjoy some SETFLIX! Live on Nowhere Comedy Club’s Zoom! A panel of comedians will compete to be SETFLIX CHAMPION, tackling a variety of improvised comedy games. This go-round, the hilarious Jimmy Pardo (Never Not Funny) will be special guest and judge. Pardo has appeared on shows like The Tonight Show, Conan, The Late Late Show, and his very own half hour special on Comedy Central. You may have also caught him on the critically acclaimed Science Channel show, Race to Escape. Of course, the comedian has served as Conan O’brien’s warm-up, field correspondent, sketch player and, occasionally as fill-in cohost. Never Not Funny fans will know him as a host of the long-running podcast, and as the host of the annual Pardcast-a-Thon fundraiser, which benefits the Smile Train charity. This March you can see Pardo along with returning SETFLIX champs: