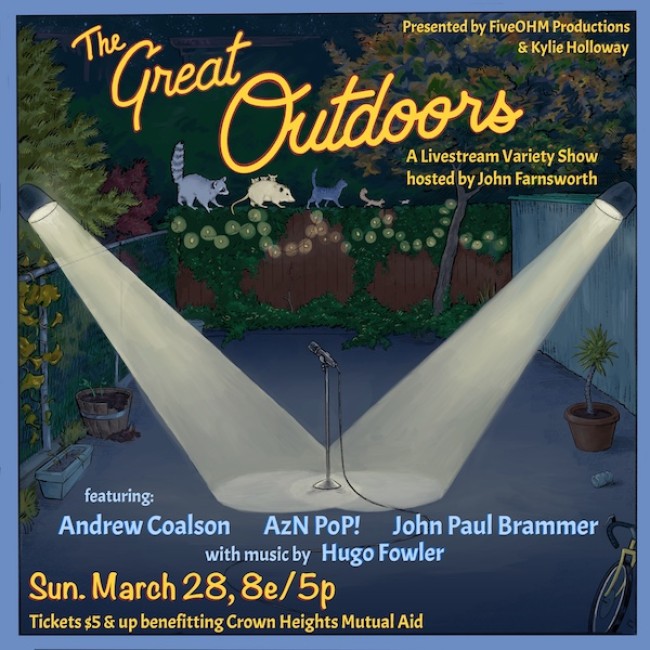 Just as the snow eventually melts, and the hayfever inevitably begins, so must another livestream of the GREAT OUTDOORS be thrust into the world. Sunday, March 28th your host John Farnsworth welcomes a whole new lineup of entertainers from a most fetching backyard in Ridgewood, Queens. The livestream series is brought to you by the evening’s host, Bear Hog, and producer Kylie Holloway just as the world is ready to blossom again. You will be treated to an evening of variety-filled entertainment featuring everything from stand up to “two live raccoons eating all of John’s trash.” The March lineup will include performances by:

All proceeds of the show will go to the Crown Heights Mutual Aid, which builds power among community members to fight displacement. Have fun, kids!