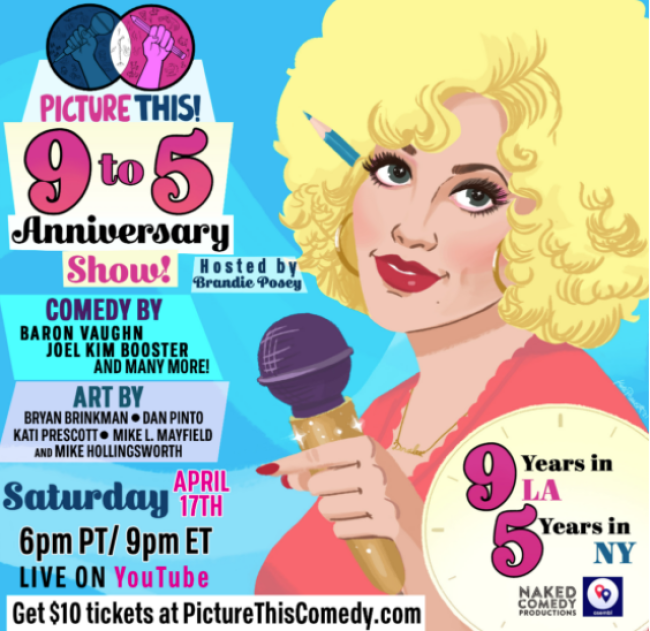 Is it scary that I can remember when the PICTURE THIS! show first kicked off? It is, but it’s also nice to know it’s still thriving! You can celebrate the “Live Animated Comedy Show” with a 9-5 anniversary spectacular in which artists and comedians from both coasts are united in celebrating the 9 year anniversary of the show in LA, as well as the 5 years they’ve spent in Brooklyn. The anniversary show will LIVE online stream on YouTube Saturday, April 17th and feature a bunch of your favorite participants:

Don’t miss out on what’s sure to be a memorable event. What a way to make a living!