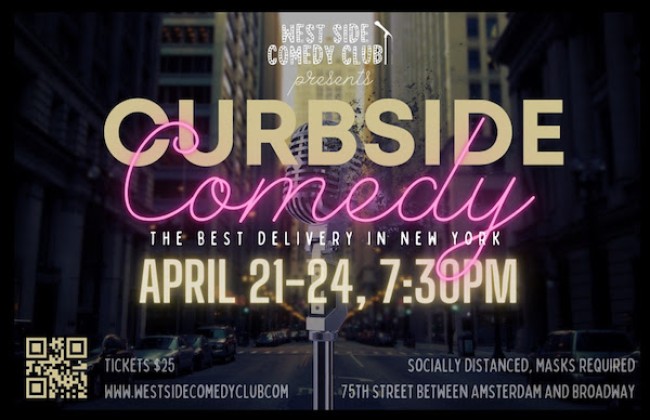 New York’s WEST SIDE COMEDY CLUB will be open for business once allowed to seat at 50% capacity and, of course, once everyone has had their go at the needle stab, BUT that doesn’t mean the comedy has to stop. April 21st to the 24th enjoy some very LEGAL laughs in the streets with Curbside Comedy. The audience will be socially distanced and masked right outside the West Side Stage Door on 75th street. Enjoy four days of top notch laughs from your favorite funny people. The lineup will be as follows:

Thursday April 22: Be a part of “Funny People,” a new comedy show brought to you by Felicia Madision and Periel Aschenbrand featuring some talented laugh makers, including Danny Cohen, Eagle Witt and more.

Get some fresh-ish air and stress relief with FOUR days of stellar comedy. More details below.